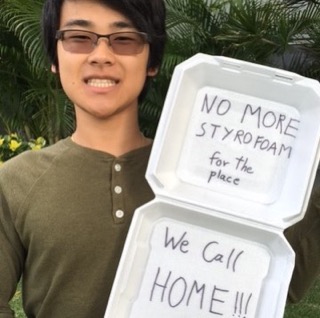 Dyson, a homeschool junior, longtime body-boarder and SCUBA diver, became aware of environmental issues when he was 13 and became involved in civics and youth activism to be part of the solution. He is launching a project called Project O.C.E.A.N. to tackle the threat of single-use plastic pollution by educating students on Oʻahu about the importance of reducing our consumption of single-use plastics. He is also one of twenty EarthEcho Water Challenge Ambassadors.