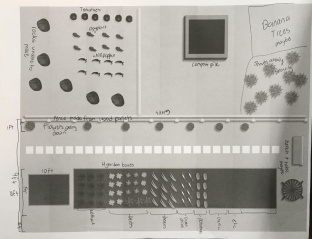 Hawaiʻi Baptist Academy students wanted to reduce the amount of food waste produced on campus and wrote for a Hawaiʻi Youth Sustainability Challenge grant to fund their project. They developed an implementation plan for collecting food waste on the high school campus and composting it using worm bins and hot compost piles. The resulting compost would be used to feed the school gardens, which also received a new fence installed by the students.

The project advisor writes, “The students had a chance to take ownership of something that will become their legacy at this school. It’s really been a surprising unifier among our whole school community as several people have been inspired to start their own worm bins, donate materials to the garden, etc...”

“There has been a significant increase in awareness of environmental issues around campus. Students, faculty, and staff have taken a greater interest in being good stewards and are more enthusiastic about caring for the environment. The enrollment is AP Environmental Science has doubled for next year and our second annual Earth Day Fair expanded from one day to a week-long celebration.”